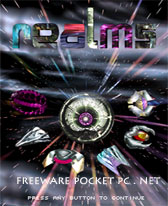 
Realms, the intense action shooter blasts its way onto your screen providing numerous levels of gameplay for the beginner and advanced PC and Pocket PC gamer.

Start with any of six different races and prepare your ship to embark on a journey through the six realms, encountering minefields, power generators, guardians and protectors. Collect Tari to upgrade your ship and buy inventory to make your journey less perilous. Once your vessel is armed, prepare to test your skills in destruction, strategy, defense, and maneuverability as you engage in space warfare.

Each realm consists of five missions, each with its own guardians and uniquely crafted storyline. The final mission in each realm is a one-on-one face-off with the realm's Protector, the last defense toward off predators like yourself. A properly armed vessel is only half the battle, as strategy plays an increasing role in defeating each Protector. Once you've defeated the Protector, a gateway to the next realm opens up and you begin again, working your way through the missions until you arrive at the last realm. 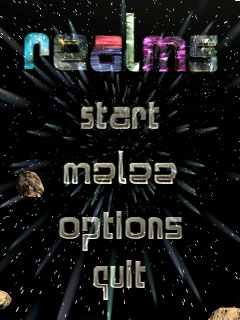 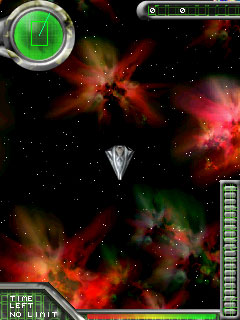 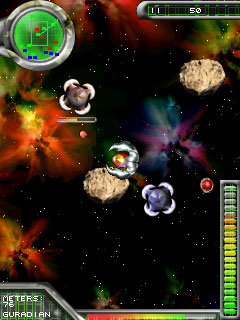 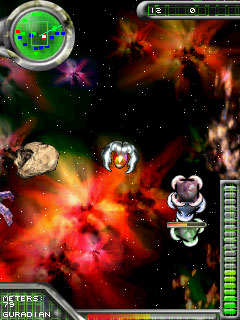 * Six realms each with 5 missions for a total of 30 missions!
* Supports VGA Pocket PCs! New!
* Intense gameplay with 16-bit high color backgrounds
* 3D Rendered Sprites and image
* Play as any of the six ships available each with its own strengths and weaknesses
* Realistic physics including acceleration and momentum
* Six unique music tracks for each level
* Melee Mode: Skirmish against multiple computer opponents!
* Upgrade ship components and buy inventory items from shields to a teleporter!

From following link you can watch ingame video or get familiar with the tutorial of the game:
Watch Video
Tutorial