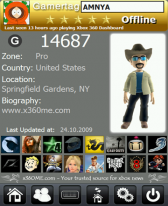 Mobile GamerTag was started because Microsoft is not initiating to build any kind of application to support one of its products (xbox 360) on their own platform "Windows Mobile/Windows Phone". Thatâs where, x360me moved.

This project is a small program that shows you the GamerCard of any xbox 360 GamerTag on your Windows Mobile/Windows Phone.

Later on, the community asked for some additional features, mainly, the ability to add favorites/friends and of course, we listened and delivered.

Due to the slow response of Duncanâs webservice, we used it only for the main tab. Leaving the friends tab to fetch data directly from Microsoft servers.

Hope the community loves this application.

v2.2 â 2nd December 2009 - Fixed a bug in not loading the last loaded gamertag. - Added a "Safe Mode" operation mode (When the application fails to load the gamertag from Duncanâs server, the application will load the info from Microsoft servers, fewer info, but hey, at least it doesnât give an error message. This feature is still in its early development, donât expect it to be flawless).

v2.1 â 1st December 2009
- Fixed the bug that occurred after Duncan updated his web-service.
- Added a Christmas footer to show in both December and January. 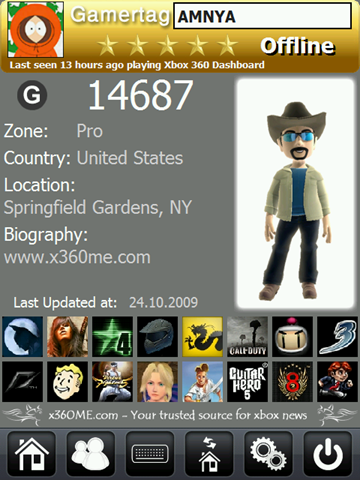 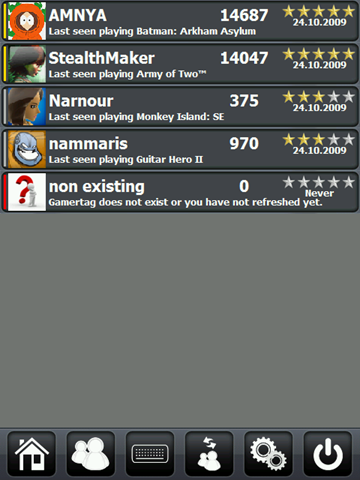 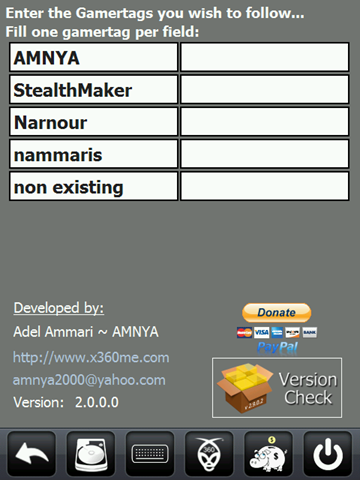