v1.13
Summary: GPS2day - compact and easy to use GPS informer for today screen. 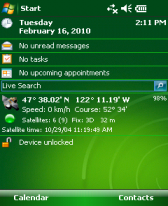 Currently GPS2day program works as GPS informer. It supports both metric and U.S. (Imperial) units and shows a various types of information for users, such as:
Current geographical coordinates (latitude, longitude);
Course and speed;
Some information about satellites and fix type;
Altitude followed by the fix 3D value;
Exact current date and time from the satellite atomic clock;
And battery life state which is important when you using GPS device.

Version 1.0.13 minor update:
* Translation to the Romanian was added.

Version 1.0.12 minor update:
* Translation to the Greek was added.

Version 1.0.10 Changes:
* Translations to the Serbian, both Cyrillic and Latin were added;
* Fixed some bugs, related to the minor memory leaks.

Version 1.0.9 Changes:
* Translations to the Czech and Japanese were added;
* Sound alert when fix from the satellites is obtained. 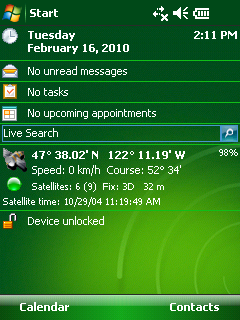 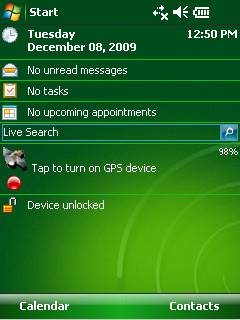 Deluxe Moon
We would like to offer you the tool to discover more about t...

GPS Dashboard
View the status of the GPS on your phone with this cool Dash...

NoniGPSPlot
NoniGPSPlot allows you to locate you position in relation wi...

SportyPal
Improve your running and cycling performance using your mobi...