v4.00
Summary: Avian Play is a new kind of music player for Windows Mobile with an intuitive, unique, and user customizable interface that gives you separate control surfaces for music, podcasts, and internet radio. 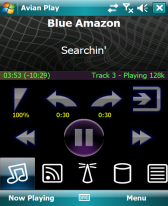 
Overview Avian Play is a new kind of music player for Windows Mobile. Avian Play provides an intuitive, unique, and user customizable user interface, inspired by modern mobile user interface designs and tweaked for a powerful music player, and an audio engine based on the most accurate and blazingly fast portable audio engine available on any platform - the MAD MP3 decoder. Avian Play gives you three completely separate playback control surfaces, depending on the type of file you are playing. You get a separate control surface for music, podcasts, and internet radio. The controls you need for each of those separate audio tasks is not the same, so why should the same buttons be visible, wasting screen real estate? Another unique feature not found on any portable media player I know of is how Avian Play treats online radio stations. A playlist for a single stream is treated as a single unit, remembering the backup servers to try if the server you are listening to goes down. This information is cached and refreshed periodically automatically, so you have to update your stream lists less frequently. To top it all off, an included plugin for Avian Play supports the free SHOUTcast (TM) online radio service, and has an open Library plugin API so that other online services (and anything else you might need in the library) can be added easily. The Avian Play library is one of the other shining features of Avian Play. It is a robust SQL CE database core, with user customizable queries. When you are in any list of query results, you can immediately filter the list by simply typing something in your SIP or physical keyboard. No lag instant search!

If you like a graphically robust user interface, such as that which is used on iPhone, Zune, any many other players, Avian Play may not be for you. The design goals of Avian Play is maximum power and capability, with a robust library, customizable queries, and many other deep features yet to come. Interfaces such as sliding/flipping album covers is probably not going to ever be included. :-)

Avian Play has a lot of features, and I know I'm forgetting a lot. If somebody wants to help me document this app, I would be grateful. I'm terrible at documentation. Maybe a series of tutorial YouTubes? :-D

Album Art
I know somebody is going to ask. How do I get to see Album Art?! Well, in this first release, album art is only viewable as thumbnails in the library. In the future, a new plugin architecture for the playback label/panel will provide customizable playback information, such as album art.

Gapless Playback?
Unfortunately, not yet... I think it should be possible, but I don't know C++ well enough to hack the MAD code. :-( Any volunteers??? 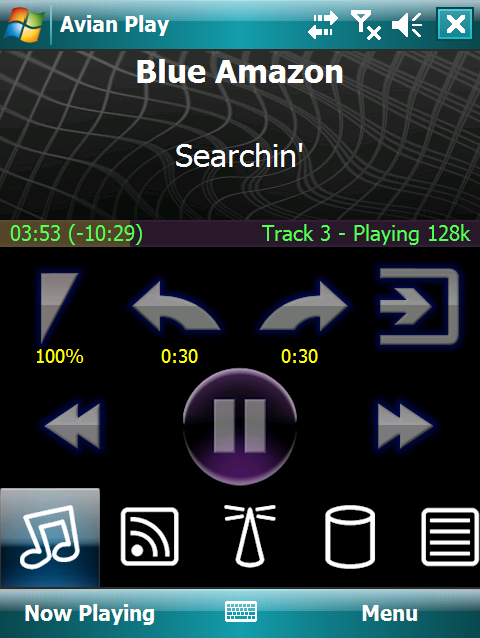 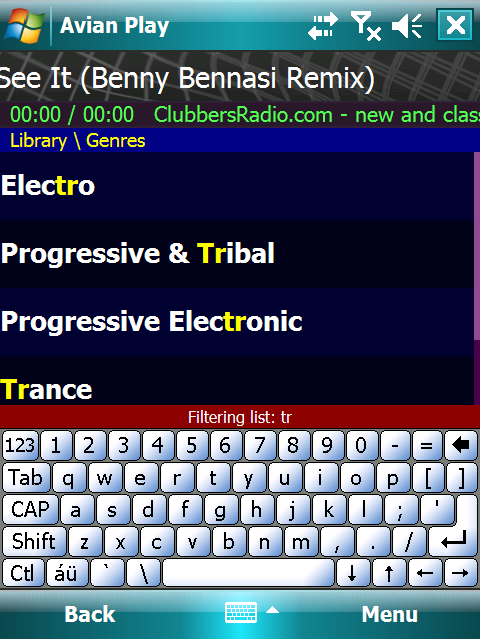 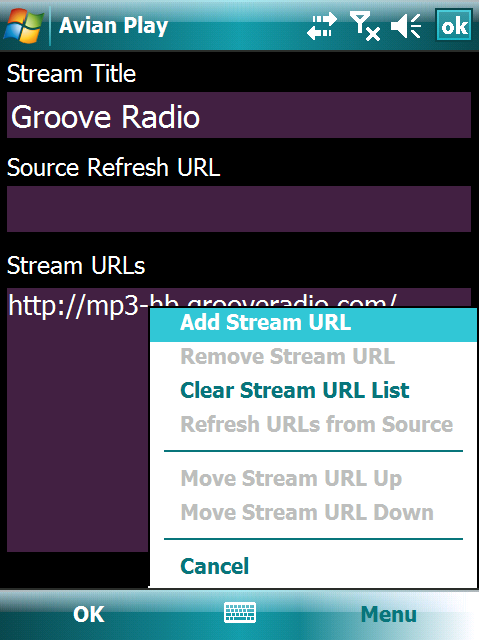